From R.E. – The following is a Guest Editorial from retired Police Officer, OIF veteran, and former SWAT officer, Mike Jones.

The other day I was reading another recent whacko passage from Nancy Pelosi… but then I re-read the byline and it was not from Nancy Pelosi. It was from a pro-Constitution Conservative that I would normally agree with. What made me assume the worst was the fact that this man was utilizing the same toolbox that Pelosi and her ilk have always used to destroy the Second Amendment – “things that appear scary should be banned”!

Full disclosure (as opposed to some writers who write on this subject who’s only job in life was writing about other people’s jobs) I am a retired cop, veteran of OIF and am so pro-Constitution that Liberals run from me at first sight.

The police have always been a paramilitary force, at least longer than anyone reading this has been alive. Uniforms, rank, force tools, etc. have always been derived from the military. There is nothing new to see here. One of the reasons for this speaks to discipline. Discipline, when applied to a career field where you must swear or affirm an Oath, carry weapons, and are empowered to restrict a person’s freedom, is pretty damn important. So important that no other civilian occupation even comes close. Screwing up while submitting a sales graph at the accounting firm gets you in hot water with the boss. Screwing up as a cop can have much graver consequences for all involved. The paramilitary system provides that discipline. 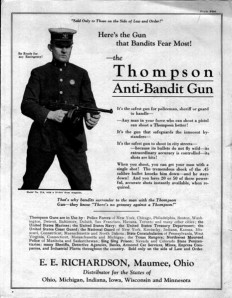 I keep using the apparently scary word, “force”. In any free society there will be those who take advantage of that freedom. We are a nation of laws – laws that aim to prevent the innocent from being victimized by the predator. There must be an instrument to force compliance from those who would deprive you of your liberties. That instrument is the police, and if you find force or the threat of force unthinkable, you are terrifyingly naïve. It is absolutely necessary that you have a credible way to apply a superior level of force than the predator(s) you are facing. It does not mean you ever have to use it. Hopefully you will not. However, hope is not an effective strategy (except in Presidential campaigns, apparently), doctrine or policy. That force-level better be tucked away somewhere because, one day, “the very bad thing” will occur, and you will be found wanting, potentially with dead fellow citizens around you, citizens that were supposed to be protected.

Why do you need a Mine Resistant Ambush Protected vehicle (MRAP)? 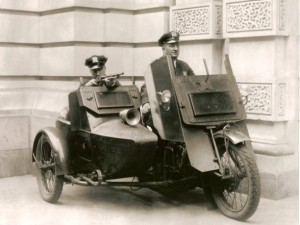 An MRAP is a big bullet-proof box on wheels. It has no gun mounted on it, therefore it is not a “tank”. It allows officers to approach danger safely and to evacuate people safely. If you have never been shot at, you may not get it, but most of you will. This is usually the point where (and I have had this asked of me) I must state that it does not exist to transport you to some fictional FEMA camp. Seriously, do you really think that some tyrannical government is going to entrust me to enslave my fellow citizens, the ones I swore to protect and serve? Stop reading InfoWars…..now! I was involved in the acquisition of an MRAP for my old agency and, before that, an M113 Armored Personnel Carrier. The reason? We found that we could not reach the most distant school in our jurisdiction fast enough if an active shooting occurred with a ‘113, therefore we got an MRAP. Nothing to do with the United Nations, Martians, or FEMA.

The program that the MRAP comes from is known as the 1033 Program. Some unused DOD assets can be transferred to local, state and federal law enforcement, if it can be justified. The federal government does not charge a fee for this. The M-16 rifles available have already saved lives, as have the armored vehicles. Hundreds of Sheriff’s Departments in the US have equipped their jails with blankets, cots, first aid kits, etc. for free, instead of via the taxpayer. MRAP’s get press, but there are thousands of items gained for free through this program. There is also no “catch”, as in, “you must help enslave the population in exchange for this gift.” (I’ve been asked that too). The Fed can take most of it back anytime and we can give them back when they are no longer wanted.

Now for that 3 percent

There are bad cops out there just as there are crooked Bricklayers, airline pilots, accountants and Navy SEALs. In any group of people they exist and should never be tolerated. There are also good cops with bad judgment, and therein lies the 3%. An example would be if an agency is using armored vehicles inappropriately. In my opinion, absent hard intel of a high threat level, the use of an MRAP for routine police activities is likely inappropriate. I personally, over a period of about ten years, never operationally deployed a heavy armored vehicle in a situation. I ordered them brought to the scene several times, but never employed it to resolve the situation as another method was found. Make no mistake, however, they are needed. They save lives. If you genuinely feel that such assets are used improperly, talk to the agency. If you are not comfortable doing that, talk to your city councilperson, Alderman, Trustee, etc. I cannot guarantee an outcome, but at least you will have information as to “why.” 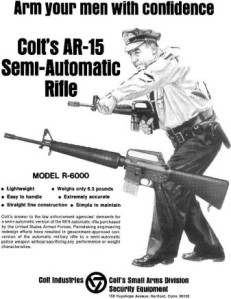 I do not find it a coincidence that this is occurring at the same time as unprecedented “displeasure” with the federal government. As I have taught officers from all over the globe, as a police officer you are generally the number one most visible and accessible representative of government. This is true of a brand new patrolman walking a beat in Mayberry NC. To some, he is the embodiment of Washington DC, despite the fact he has nothing to do with it and does not take orders from Washington.

The whole debate has reached a peak due to Ferguson Mo. I do not know the story any more than anyone reading this, but I can tell you this – if people are shooting and throwing Molotav Cocktails at me, you can bet dollars to donuts that I want something bulletproof and offering cover close to me. The taxpayers paid me to take great personal risk, fight smart, and win for them. They never said anything about stupidly martyring myself via fire and bullet. The fact that the police may be called upon to risk, and possible lose, their lives is well known. Please do not ask them to squander their lives foolishly for lack of equipment, even if it is “scary” looking. Despite the equipment, they are now, and I pray always will be, regulated by the Constitution. Equipment does not trump the Constitution. Even if it is “scary”.

As I write this, the news crawler just displayed a notice that there may be a Congressional Inquiry into “militarization”. Great, the same people that could not successfully run a fruit stand by the side of the road and are the source of more discontent than previously imaginable are going to further tamper with your local government… and, ultimately, cost you plenty.

15 thoughts on “The Militarization of American Police – A Guest Editorial”