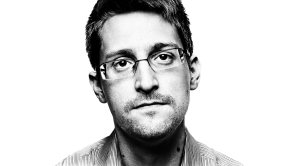 In recent history, few figures have generated more controversy than Edward Snowden.  Touted as a whistleblower by the U.S. liberty movement, the former NSA and CIA technician now resides, in exile, in Moscow, Russia.  For many following the Snowden story, his eventual arrival in Russia was no surprise.  Russian propaganda efforts have long sought to portray the United States as a surveillance state ripe for the implementation of Martial Law and totalitarianism.  It is a common theme among the many RT.com articles regarding the United States.  Although Russia, and Snowden himself, made a spectacle of his arrival in Russia and his confinement to an airport for 30 days before being granted asylum, observers of international affairs knew it was an eventuality.  Snowden’s figurative defection was an intelligence windfall for the Kremlin and we all knew they would not pass up the opportunity to accept him.

Snowden is not a patriot

The darling of the Liberty and Patriot movements, Snowden has been called a hero and a true American Patriot by virtually all organizations under the Patriot umbrella.  Most conspiracy theory websites, including InfoWars, refers to Snowden more often than they do American politicians.  Russia Today (RT America) frequently references Snowden and occasionally wheels him out for an interview or a further exposé of American intelligence efforts.  Al Jazeera, Press TV (Iranian National TV), and supposedly patriotic U.S. organizations like OathKeepers never tire of holding Snowden up as the symbol of freedom.  There are only a few problems with this description.

Snowden revealed more classified information about our efforts against our enemies than he did surveillance on U.S. citizens.

Bulk mobile phone metadata collection and the chance your email could be captured as part of the upstream associated with foreign intelligence gathering are really the only domestic spying concerns revealed by Snowden.  If, by definition, Snowden were a “whistleblower”, all he needed to do was to reveal those specific program details to the public.  Those revelations alone have resulted in innumerable news programs, documentaries, political debates, and congressional hearings.  Courts have fought over the legality of those programs and the constitutional/unconstitutional nature of said programs flip-flops back and forth on a seemingly daily basis.  Although it is true that those programs are a privacy concern for U.S. citizens, they were a very minor revelation in the grand scheme of Snowden’s leaks.

Snowden illegally obtained tens of millions, yes, tens of millions of documents related to CIA and NSA surveillance, technology, targeting, and methods.  These documents, now in the public eye, are wholly unrelated to domestic surveillance programs or the legality thereof.  They have nothing to do with liberty or a threat to it.  They are treasonous leaks that have placed thousands of intelligence agents and covert operatives in danger.  They are also NOT illegal programs.  Spying on the world is the entire purpose of the CIA and NSA.  It is actually in their job description.  Revealing the methods used by the NSA to spy on China has absolutely nothing to do with patriotism, infringements on American liberties, or the constitution.  But, somehow, the fringe patriot movement, with the aid of Russian influence operations, has convinced a large segment of the U.S. population that Snowden is a hero and champion of liberty.  It simply isn’t true.  He is a traitor, nothing more.

Snowden could have easily leaked the documents specific to domestic spying concerns and accomplished the same result.  Not only did the need not exist for him to expose our intelligence gathering operations overseas, there could be no purpose to the exposure other than Snowden’s hatred for his own country.  Our civil liberties, our rights under the constitution, do not extend to other countries, especially not those we consider our enemy.  So, if the NSA is secretly spying on Russia, China, North Korea, or Cuba, it is not a violation of U.S. law or the U.S. constitution.  It is wholly irrelevant.  That’s what we pay those organizations to do.  Snowden, an insider for several years within the CIA and NSA, understands this better than you or I.  Therefore, we are forced to conclude that his actions were solely based on his desire to tear down his own country and support the enemies of the United States.

It can be argued that Snowden did not personally hand this classified information to Russia, China, the EU, or North Korea.  In fact, Snowden often uses this distancing technique during interviews.  It shows that Snowden believes the rest of the world is really pretty stupid.  Is there a difference between handing a document to an FSB agent and posting it in the Moscow Times?  Absolutely not.  In fact, Snowden willingly admits that he sought his last position with the NSA for the sole purpose of stealing classified information. [see Ref. 1 below]

During his travels seeking asylum, Snowden revealed classified information to the Chinese, a country most Americans would consider a greater threat to our nation than Russia.  Not only did he reveal classified information about the country, he revealed information regarding how we spy on them.  His intent could only have been to assist China in resisting our efforts to collect intelligence data on the communist country. [see Ref. 2 below]

Snowden also went out of his way to reveal our intelligence gathering efforts against Russia.  Our spying on Russia is obviously a violation of our own civil liberties and must be stopped.  (That’s sarcasm, for those who didn’t pick that up.)  Again, the only purpose for these classified leaks is to damage the intelligence gathering efforts of the organizations we pay to do that very thing.  [see Ref. 3 below]

During Snowden’s massive theft of classified data, he also collected British intelligence documents that he would later release to British media outlet, The Guardian, which later shared them with the New York Times.  These documents revealed to the world how U.S. and British forces tracked and targeted terrorists around the world.  This, of course, also had nothing to do with domestic spying carried out by the NSA and CIA and had nothing to do with protecting American civil liberties.  In essence, Snowden instructed the terror networks of the world how to better avoid tracking by counterterrorism agencies.  [see Ref. 5 below] This prompted one Department of Defense official to state in a BuzzFeed article, “By [Snowden] showing who our collections partners were, the terrorists have dropped those carriers and email addresses,” the DOD official said. “We can’t find them because he released that data. Their electronic signature is gone.” [see Ref. 7 below]

The traitor goes to work

Millions of documents now in the hands of our enemies aside, the number one threat to U.S. intelligence efforts is also in the hands of our enemies:  Snowden himself.  Snowden has now lived in Russia for more than two years.  Oddly enough, Snowden apparently has a job working for the Kremlin.  Here are Snowden’s own words from a Business Insider article posted on May 15th, 2015:  “The fact is I was getting paid an extraordinary amount of money for very little work with very little in the way of qualifications. That’s changed significantly,” Snowden said in an event at Stanford University on Friday, via teleconference from Moscow. “I have to work a lot harder to do the same thing. The difference is that, even though I’ve lost a lot, I have a tremendous sense of satisfaction.” [Emphasis added] [Ref. 4]

Just what type of work is the traitor Snowden applying so much effort toward?  Based on his skills, qualifications, and background, I can assume comrade Snowden is not mixing frappuccinos at Starbuckski’s on Red Square or flipping burgers at the FSB cafeteria food court.  I have no doubt in my mind that Snowden is hard at work helping Russia counter U.S. intelligence efforts against the Motherland.  He is probably helping design programs for the Kremlin that will allow them to accomplish many of the same intelligence gathering efforts he labeled criminal, unconstitutional, and an assault on civil liberties.  Fortunately for Russia, they aren’t covered by the U.S. Constitution.  Yes, I fully believe the so-called whistleblower has turned full traitor against his own people.  Some within the intelligence community believe Snowden was a Russian intelligence asset long before his escape and asylum-seeking world tour.  This has yet to be fully explored.  Those beliefs may simply be founded in the disappointment that the U.S. intelligence community was so easily exposed and penetrated by someone with admitted criminal intent.  If our intelligence gathering organizations are so easily manipulated, it would be frightening to consider how many actual enemy agents are now employed by both of those agencies.

As the title of this article indicates, it is time to put an end to Snowden’s treason.  It will happen eventually.  It is often the case with such people.  Either Russia will discover they have no further need of him or western agents will finally catch up to him.  Whether by the accidental ingestion of a polonium-laced milkshake, a mysterious and terminal illness, or a bullet, I have no doubt Edward Snowden will meet his fate long before expected.  Snowden himself appears to understand his ultimate fate, as expressed in an interview on the subject with German media.  [Refs. 6 & 7]  The true American patriots will celebrate that day.

Ref. 5: How terrorists are tracked and targeted.